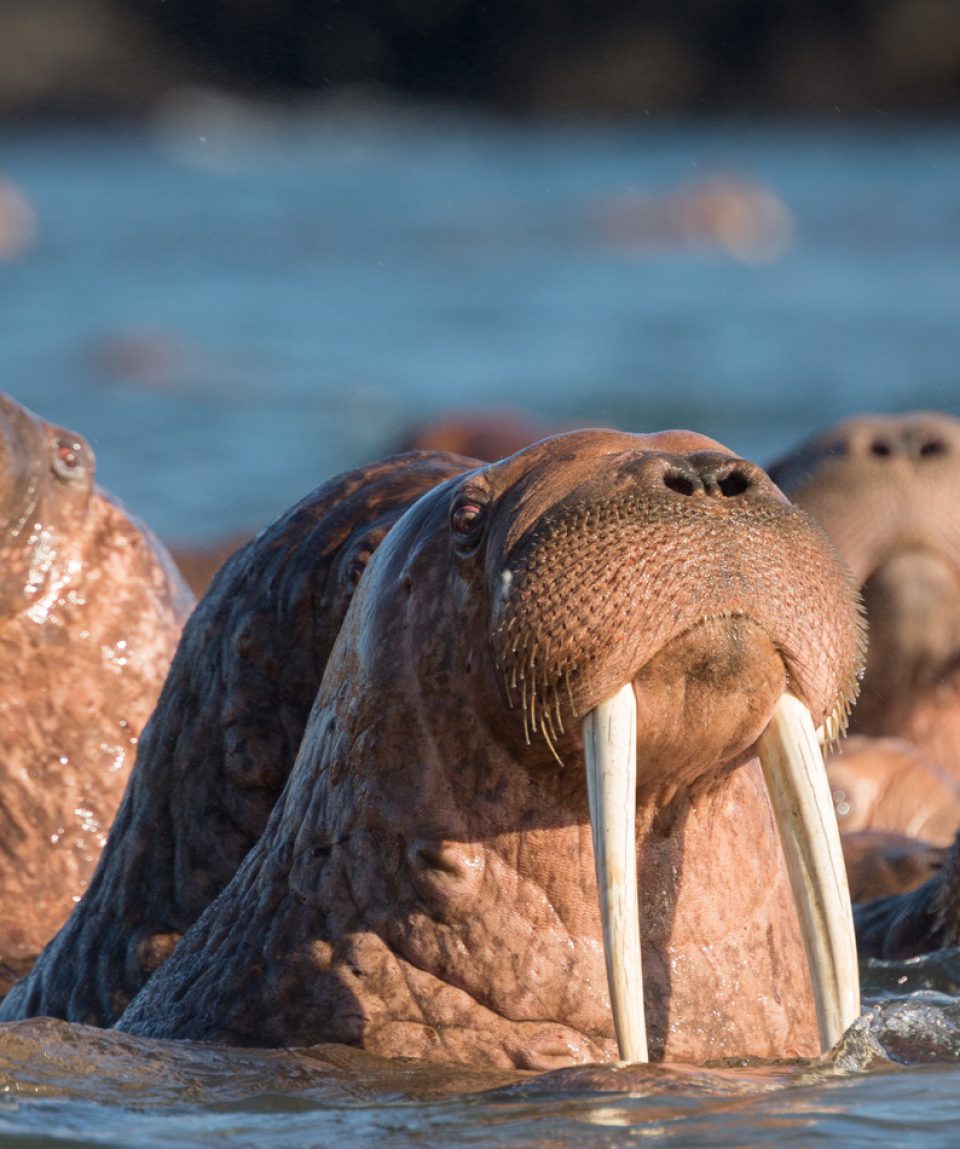 Pre- and Post-Cruise tours are available.

All about the REYKJAVIK to CHURCHILL – Silver Cloud Expedition Cruise.

Few places on earth harness the raw power and beauty of Mother Nature as effectively as Greenland. From the deep fjords and crystal clear glaciers of East Greenland to the mighty polar bears of Nunavut and beluga whales of Churchill, this is one voyage that defies description. Join our team of experts for a journey that follows the route of the Norse in a region virtually untouched by time.

Join us for a journey that follows the route of the Norse in their explorations of Greenland. Heading first to East Greenland, we will experience the beauty of deep fjords and crystal clear glaciers. In South and West Greenland, we will see the remains of Norse settlements and will visit small towns and villages to encounter a fascinating mix of local and Danish culture. Heading over to Nunavut we will be looking for polar bears and walrus during Zodiac cruises. We will see outstanding local art in Iqaluit and Cape Dorset and will look for beluga whales in Churchill. Throughout the voyage, learn about the history, geology, wildlife and botany of this spectacular area from lecture presentations offered by your knowledgeable on-board Expedition Team.

Skjoldungen Fjord, Greenland –
Skjoldungen, a large uninhabited island off of Greenland’s east coast, offers a spectacular ship’s cruise and (weather permitting) a Zodiac cruise to approach Thrym Glacier. Keep an eye out for whales, which are often spotted at the entrance to Skjoldungen Fjord. The island was named after Sjoldr, one of the first legendary Danish kings mentioned in the Old English poem Beowulf.

Qaqortoq, Greenland –
The colorful houses of Qaqortoq are cheerfully painted in bright primary shades. The modest Qaqortoq Museum houses a unique collection of contemporary artwork, and a superb collection of Inuit artifacts associated with hunting and fishing. The town is also famous for “Stone and Man,” an open air sculpture gallery consisting of rock carvings and etchings.

Qassiarsuk, Greenland –
Brattahlid is the ancient home of Erik the Red and the community houses replicas of a Norse manor house and chapel as well as a statue honoring Erik’s son that stands on a hilltop above the village.

Nuuk, Greenland –
Nuuk is Greenland’s capital. A walking tour will permit to take in Nuuk’s natural beauty and to see Hans Egede’s home and the Church of our Saviour. Nuuk gives visitors a chance to view the famous Qilakitsoq mummies and traditional clothing and artifacts at the Greenlandic National Museum.

Iqaluit, Nunavut, Canada –
The Nunavut Legislative Assembly Building has a remarkable collection of Inuit art. The local museum (the only in the territory) has two galleries with a permanent exhibition of old and contemporary artifacts and art. In town very interesting street art and local carvings are exhibited along the main roads.

Cape Dorset, Nunavut, Canada –
Cape Dorset (Kinngait in Inuktitut, the local language) has been an important site for the Thule culture, but today is best known for the drawings, prints and carvings of its inhabitants. It considers itself to be the “Capital of Inuit Art” and we intend to visit the Kinngait Studios to hear more about the local artists and their output.

Churchill, Manitoba, Canada –
Churchill is not only known for its winter attraction of polar bears and the polar bear jail, but also as an important site for beluga whales that congregate in the Churchill River in June and July. Conditions permitting a Zodiac cruise will be done looking for the whales.

Kayaking –
Weather permitting, the Silver Cloud offers the opportunity to kayak in a small group under the guidance of certified kayak instructors. These special expeditionary excursions allow you to experience the wilds of Greenland and Nunavut in a peaceful silence.

Expedition highlights and wildlife listed here are possible experiences only and cannot be guaranteed. Your Expedition Leader and Captain will work together to ensure opportunities for adventure and exploration are the best possible, taking into account the prevailing weather, wildlife activity and ice conditions. Expedition Team members scheduled for this voyage are subject to change or cancellation.

After extensive refurbishment, Silver Cloud is the most spacious and comfortable ice class vessel in expedition cruising. Her large suites, her destination itineraries and her unparalleled service make her truly special. Her four dining options will tantalize your taste buds and as 80% of her suites include a veranda, watching a breaching whale or a few cavorting penguins has never been so personal. Broad sweeping decks with multiple open spaces and a swimming pool complete what is surely the most distinctive expedition ship sailing today. A limited number of guests in polar waters, mean that Silver Cloud has the highest space to guest and crew to guest ratios in expedition cruising. With her 16 zodiacs, 10 kayaks, possibilities are almost limitless with ship-wide simultaneous explorations. Finally, a team of up to 22 passionate and dedicated expedition experts are always at hand to ensure your voyage is enhanced every step of the way.

Silversea’s oceanview suites are some of the most spacious in cruising, and all include the services of a butler. Select your suite and Request a Quote – guests who book early are rewarded with the best fares and ability to select their desired suite.

Owner’s Suite
This stylish apartment offers the superlative in levels of space, comfort and service on board. A perfect mix of expedition experience with luxury lifestyle. Available as a one-bedroom configuration or as two bedroom by adjoining with a Vista Suite.

Grand Suite
Expertly designed and exquisitely appointed. The ideal space for sharing stories with fellow explorers and new friends. With enough space to roam both in and outside, this suite is perfect relaxing and recounting the highlights of your day. Available as a one-bedroom configuration or as two-bedroom by adjoining with a Veranda Suite.

Royal Suite
Stately. Commanding and majestic. Perfect for relaxing after a days’ exploring and looking through your photos. With lectures being streamed live to your room, this is the pinnacle of good living at sea. Available as a one-bedroom configuration or as two-bedroom by adjoining with a Veranda Suite.

Medallion Suite
With a room configuration that favors watching the sun rise from the comfort of your bed and losing yourself in the mesmerizing seascapes, this suite is the perfect answer to adventure cruising. A large walk-in wardrobe, and an expansive living make the Medallion Suite a your home away from home on the high seas. Medallion Suites accommodate three guests.

Veranda Suite
A Silversea signature, the Veranda Suite is spacious and welcoming. Floor-to-ceiling glass doors open onto a furnished private teak veranda from where you can contemplate anything from the midnight sun to an antarctic sunrise. Some Veranda Suites accommodate three guests (Suites going from 505 to 510, and from 605 to 610).

Vista Suite
Your home away from home while you embrace the intrepid explorer within. The suite’s seating area has plenty of room to relax while you go over your notes, ready for the next adventure. Large picture windows frame panoramic ocean views, ideal for appraising the local wildlife.

Discover our collection of onboard venues where you’ll enjoy spending time with like-minded travellers and of course, our personalized all-inclusive service. 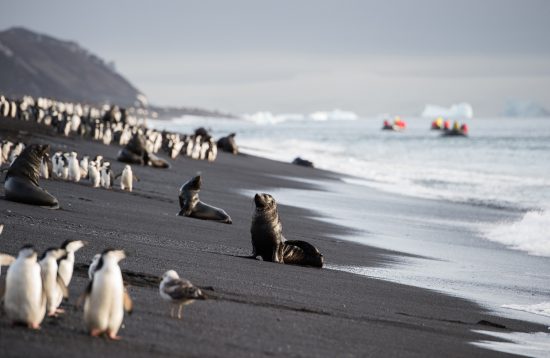 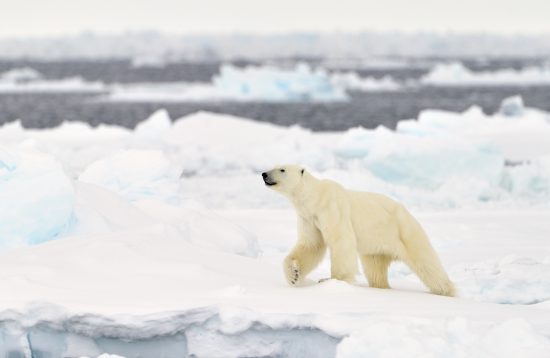 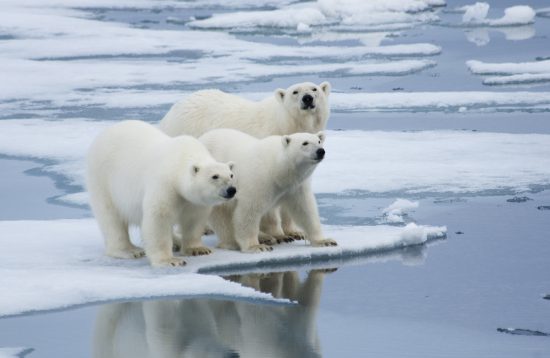 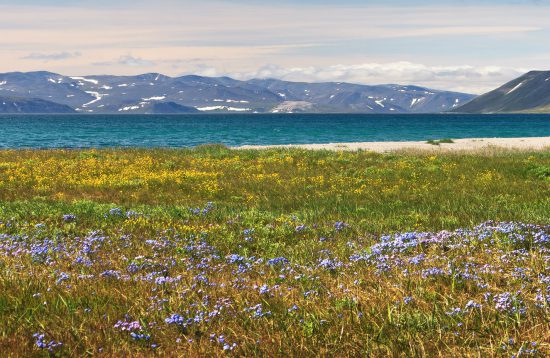